Create an Account - Increase your productivity, customize your experience, and engage in information you care about.

Hazard Mitigation is a series of actions and policies designed to reduce and/or eliminate the impacts of naturally occurring disasters on people and property - disasters which have been increasing in frequency and intensity by climate change impacts.

Natick has enthusiastically teamed up with 14 other communities and the Charles River Watershed Association to create the first ever Charles River Watershed Flood Model! The model projects future flooding conditions within the watershed. It also models how future flooding would change if we implemented certain mitigation projects now such as preserving open space or reducing impervious surfaces (parking lots).

Through June 2022, we will be expanding the model with the assistance of additional state funding. More data will be added to improve model accuracy and construction projects and policies causing the greatest reduction in future flooding events will be developed.

Learn how to use the flood model (video) 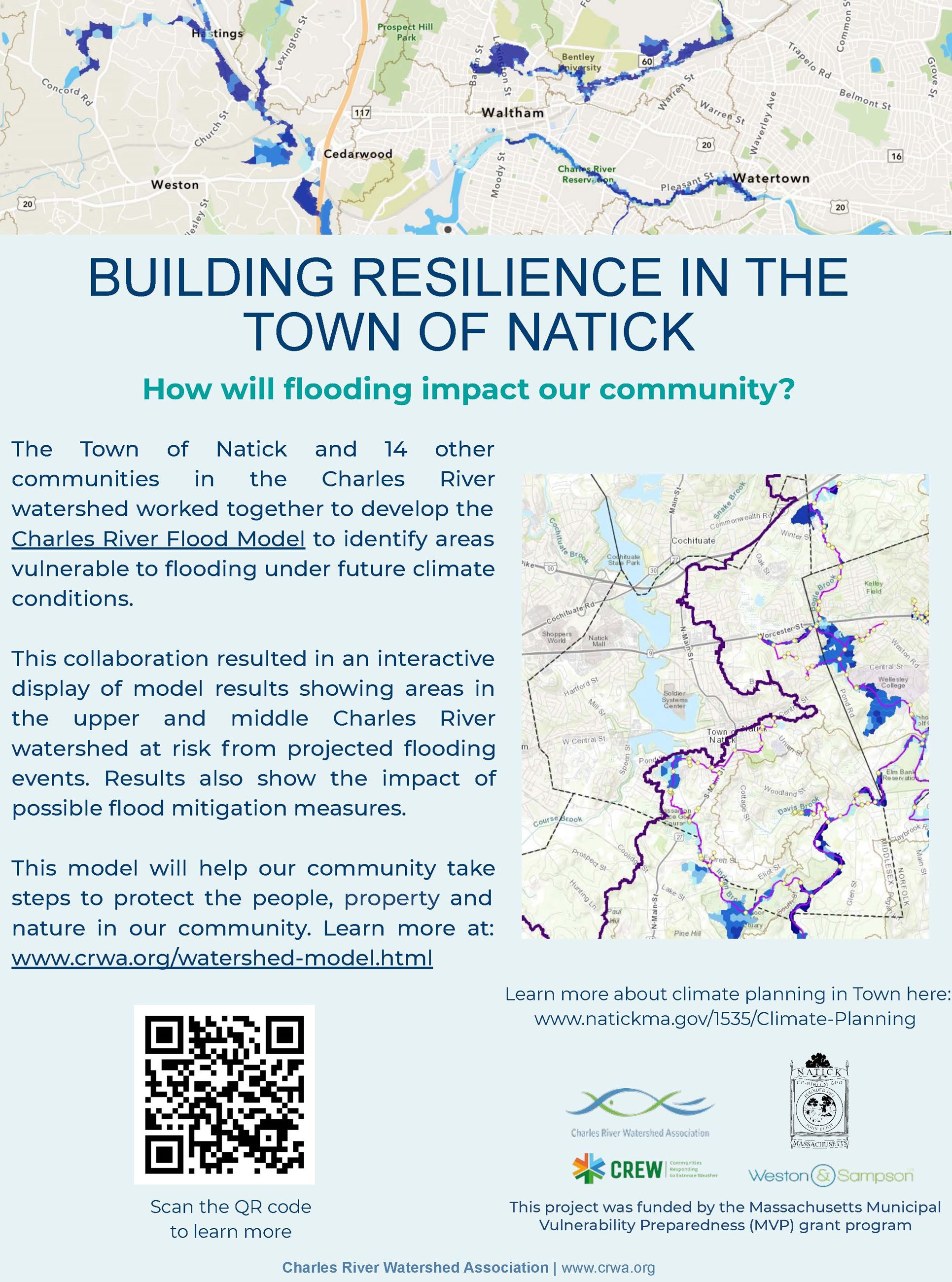 Funding for this project was provided by the Municipal Vulnerability Preparedness (MVP) action grant program which provides support for cities and towns in Massachusetts who have identified climate hazards, assessed vulnerabilities, and developed action plans to improve resilience to climate change and want to implement a priority project identified through the planning process.

The Town of Natick became an MVP designated community in 2018 which has funded multiple Town projects in an effort to become more climate resilient.

Click here to learn more about MVP in Natick

FEMA requires a municipality's Hazard Mitigation Plan to be updated every five years in order to be eligible for certain funding opportunities.